Polarized Lenses coupled with A UV Coating and an Anti-reflex coating on the back surface are the ultimate in sun protection. Polarized lenses are also ideal for driving, and are particularly useful for any form of watersports. Brightness and Glare diminish visual performance. Most tinted lenses will provide some absorption to dampen brightness, but only a polarized lens can effectively eliminate blinding glare from road surface, and a car dashboard when driving into the sun, or from sunlight reflected off water.

Besides boaters, outdoor enthusiasts who benefit the most from polarized sunglasses include skiers, bikers, golfers and joggers since all of these activities require the elimination of glare for optimum safety and performance. Some light-sensitive people, specifically post-cataract surgery patients and those continually exposed to bright light through windows, may also choose to wear polarized sunglasses.

Chances are, if you need a prescription indoors, you need one outdoors. You also need to protect your eyes from the sun and reduce squinting, which prevents headaches and reduces premature wrinkling. Prescription polarized sunglasses offer the clearest, most comfortable vision outdoors. 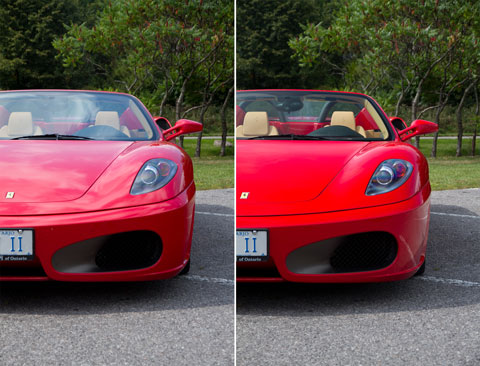 Visible light waves from the sun travel in all directions. When this scattered light meets a horizontal surface, like a road or water, a large portion of the light is reflected with horizontal polarization. Polarized lenses contain a special filter that blocks this type of intense reflected light, reducing glare.

This horizontally-polarized light is seen as white glare, and masks light that is useful to the human eye, reducing visibility. By using a sheet of vertical polarizing material, the horizontally-polarized component can be significantly attenuated, reducing the overall light level reaching the eye. This improves contrast, and thus perception of the scene.

Light usually scatters in all directions; but when it's reflected from any flat surface such as a road or smooth water, it is horizontally polarized. This means that, instead of light being scattered in all directions in more usual ways, reflected light travels in a more horizontally oriented direction. This creates an annoying and sometimes dangerous intensity of light that we experience as glare from the road while driving.

The glare of the sun on the sea is also highly polarized. The glare can be almost completely horizontally polarized, depending on the height of the sun. In addition, all reflections from objects above water are partially polarized. With polarized sunglasses the sea appears more transparent.

Although the light from the sun is not polarized, it can be separated into two polarized components that are reflected and transmitted in different amounts by the surface of the water (Fresnel laws). More of the horizontal component will be reflected than the vertical component, thus partially polarizing the reflected light (except if you look at a glancing angle or straight down).

How do I know if mine are polarized?

While wearing your sunglasses, look at your cellphone screen, now rotate the phone slowly, and if the screen gets dimmer and brighter as you rotate it, then your sunglasses are polarized. If the brightness does not vary, then they are not.

I still don't understand, why are polarized sunglasses better than normal dark sunglasses?

Normal sunglasses decrease the intensity of everything by the same amount. Polarized sunglasses can selectively eliminate the reflection from light coming from above the water surface. Or any reflected surface, Like a road, or the top surface of your car dashboard

Then, could polarized glasses be crystal clear?

Nope, they will always decrease the intensity of unpolarized light by at least half. In practice somewhat more because of losses in the material. They come in all shades from light gray (only polarizing) to very dark (polarizing plus black tint), and also light sensitive (photochromatic).

Do polarized sunglasses help see fish and rocks below the water surface?

Yes. First, if there is glare, they help a lot by reducing its blinding effect. Second, even without glare they selectively reduce other reflections from objects above water, including clouds and even the sky (the reflected sky gives most of its blue color to the sea). The end effect is that the water seems darker but more transparent.

Can polarized sunglasses help when driving a car?

Yes. Those pesky bright reflections of the sun on the cars ahead can sometimes be attenuated a good deal. They tend to be horizontally polarized, thus perfect for vertically polarized sunglasses. The reason is that the surfaces that you see on the car in front of you (the back window, the boot lid, and even the roof) will be slanted towards you, while the sun will be more or less aligned in the vertical plane through both cars (if not you wouldn't see its reflection from those surfaces). However, if the sun is relatively low behind you, the sun rays will be near perpendicular to the reflecting (vertical) surfaces which won't polarize the light. The sunglasses will help more with the reflections from the glass than from the metal as the former are polarized to a higher degree. What about the brightness of the road itself? That light is also partially polarized, but by scattering (as opposed to reflection). The direction of polarization will change with the direction of the road with respect to the position of the sun. Of course, if the road is wet you get the same anti-glare power than at sea.

Can I use my 3-D polarized glasses I got at the movies?

Not a very good idea. The filters on those glasses are oriented at 90 degrees to each other, almost always at +/- 45 degrees with respect to the line joining the temples (generally the transmission axis points down towards the nose). Thus, horizontally and vertically polarized light will be attenuated equally. In addition, you can get a bad case of dizziness: the left and right eyes may see polarized objects with very different intensities, confusing stereovision and resulting in vertigo. 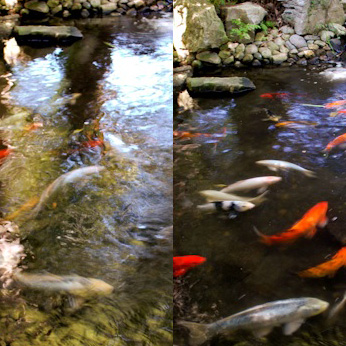 Polarized sunglasses have been popular for years with boaters and fishermen who need to reduce reflected glare from the water surrounding them, but now that many others who spend time outdoors have discovered the benefits of polarized lenses, interest in these types of sunglasses has soared. Also available are polarized photochromic lenses, which change from dark outside to lighter inside. These are ideal for the light-sensitive person who frequently is in and out of the sun.

Besides boaters, outdoor enthusiasts who also benefit the most from polarized sunglasses include skiers, bikers, golfers and joggers, all who may enjoy a clearer view along with elimination of glare. Polarized sunglasses also can be worn indoors by light-sensitive people, including post-cataract surgery patients and those continually exposed to bright light through windows. For these individuals polarized bifocal sunglasses or progressive lenses are also available.

Although polarized sunglasses improve comfort and visibility, there are some instances when these lenses may not be advisable: polarized lenses may reduce the visibility of images produced by liquid crystal displays (LCDs) or light-emitting diode displays (LEDs) found on the dashboards of some cars or in other places such as the digital screens on automatic teller machines (ATM’s). With polarized lenses, you also may be unable to see your cell phone or GPS device. Boaters and pilots have reported similar problems when viewing LCD displays on instrument panels, which can be a crucial issue when it comes to making split-second decisions based strictly on information displayed on a panel.