Macular degeneration (MD) is an eye disorder that occurs when the tissue in the macula deteriorates. The health of the macula determines our ability to read, recognize faces, drive, watch television, use a computer, and perform any other visual task that requires us to see fine detail. This loss of detail only occurs in the central area of our visual field, and for this reason, it does not cause total blindness.

There are 2 types of macular degeneration:

The dry form is more common than the wet form, with about 85 to 90 percent of AMD patients diagnosed with dry AMD which progresses very slowly over a period of many years. Severity ranges from a total loss of central vision, whilst for some, it may only cause slight distortions. The wet form which causes a sudden loss of vision over a short time usually leads to more serious vision loss.

Your eyecare practitioner can advise you and show you how to detect and monitor the progression of MD. If you have been diagnosed with Macular Degeneration, it is strongly advised that you have your eyes checked at least once a year to monitor for any changes so that your practitioner can intervene, advise, and refer if necessary.

Dry AMD is an early stage of the disease and may result from the aging and thinning of macular tissues, depositing of pigment in the macula or a combination of the two processes. This condition is diagnosed when yellowish spots known as drusen begin to accumulate in and around the macula. It is believed these spots are deposits or debris from deteriorating tissue.Gradual central vision loss may occur with dry macular degeneration but usually is not nearly as severe as wet AMD symptoms.

In about 10 percent of cases, dry AMD progresses to the more advanced and damaging form of the eye disease. With wet macular degeneration, new blood vessels grow beneath the retina and leak blood and fluid. This leakage causes permanent damage to light-sensitive retinal cells, which die off and create blind spots in central vision. Choroidal neovascularization (CNV), the underlying process causing wet AMD and abnormal blood vessel growth, is the body's misguided way of attempting to create a new network of blood vessels to supply more nutrients and oxygen to the eye's retina. Instead, the process creates scarring, leading to sometimes severe central vision loss. 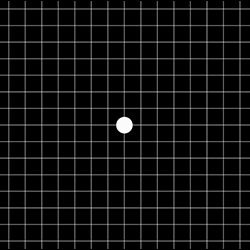 Macular degeneration by itself will not lead to total blindness. For that matter, only a very small number of people with visual impairment are totally blind. In almost all cases, some vision remains, mainly peripheral.

Though macular degeneration is associated with aging, research suggests there also is a genetic component to the disease. Duke University and other researchers have noted a strong association between development of AMD and presence of a variant of a gene known as complement factor H (CFH). This gene deficiency is associated with almost half of all potentially blinding cases of macular degeneration.

Research has shown that oxygen-deprived cells in the retina produce a type of protein called vascular endothelial growth factor (VEGF), which triggers the growth of new blood vessels in the retina.

The American Academy of Ophthalmology notes that findings regarding AMD and risk factors have been contradictory, depending on the study. The only risk factors consistently found in studies to be associated with the eye disease are aging and smoking. 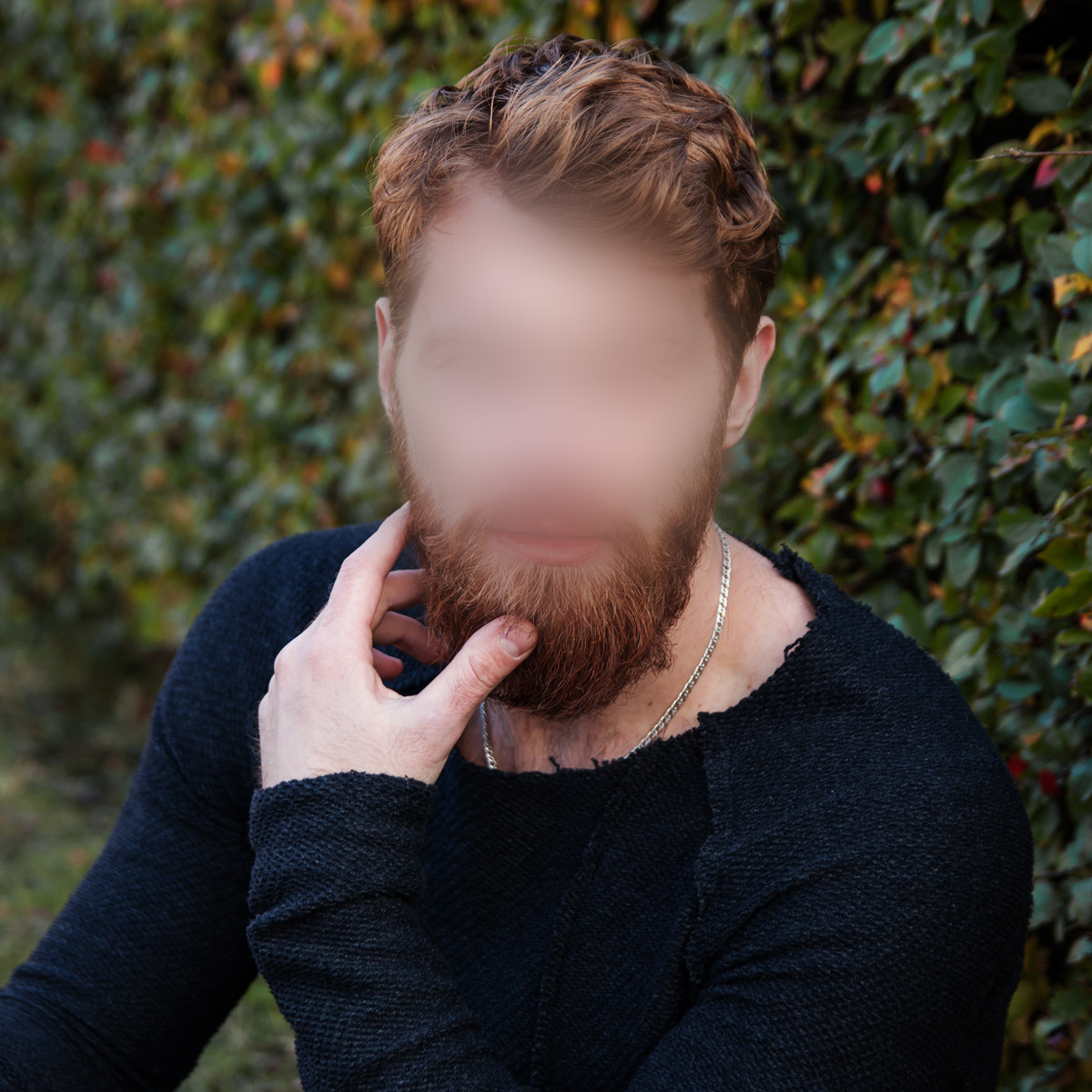 Macular degeneration is the leading cause of vision loss among older people, and due to the aging of the population, the number of people affected by AMD is expected to increase significantly in the years ahead.

In 2010, approximately 2.07 million Americans had advanced age-related macular degeneration, and that number is expected to grow to 5.44 million in 2050.

AMD is most common among the older white population, affecting more than 14 percent of white Americans age 80 and older. Among Americans age 50 and older, advanced macular degeneration affects 2.1 percent of this group overall, with whites being affected more frequently than blacks, non-white Hispanics and other ethnic groups (2.5 percent vs. 0.9 percent).

There is as yet no outright cure for age-related macular degeneration, but some treatments may delay its progression or even improve vision. This treatment depends on whether the disease is in its early-stage, dry form or in the more advanced, wet form that can lead to serious vision loss. No FDA-approved treatments exist yet for dry macular degeneration, although nutritional intervention may help prevent its progression to the wet form.

Many organizations and independent researchers are conducting studies to determine if dietary modifications can reduce a person's risk of macular degeneration and vision loss associated with the condition. And some of these studies are revealing positive associations between good nutrition and reduced risk of AMD.

Some studies have suggested a diet that includes plenty of salmon and other coldwater fish, which contain high amounts of omega-3 fatty acids, may help prevent AMD or reduce the risk of its progression. Other studies have shown that supplements containing lutein and zeaxanthin increase the density of pigments in the macula that are associated with protecting the eyes from AMD.

For wet AMD, treatments aimed at stopping abnormal blood vessel growth include FDA-approved drugs called Lucentis, Eylea, Macugen and Visudyne used with Photodynamic Therapy or PDT. Lucentis has been shown to improve vision in a significant number of people with macular degeneration.

Your eye doctor may ask you to check your vision regularly with the Amsler grid described above. Viewing the Amsler grid separately with each eye helps you monitor your vision loss. The Amsler grid is a very sensitive test and it may reveal central vision problems before your eye doctor sees AMD-related damage to the macula in a routine eye exam. For those who have vision loss from macular degeneration, many low vision devices are available to help with mobility and specific visual tasks.