Primary Open Angle Glaucoma (POAG) is a disease whereby the optic nerve at the back of the eye is damaged due to an intolerance of the pressure inside the eye. Glaucoma can only be detected by an eye care professional. There are no noticeable symptoms for the patient during the early stages of the disease when it is critical to start treatment that will limit or avoid blindness. Typical treatment involves the daily instillation of eye drops.

The pressure in the eye slowly rises and the cornea adapts without swelling. If the cornea were to swell, which is usually a signal that something is wrong, symptoms would be present. But as this is not the case, this disease often goes undetected. It is painless, and the patient often does not realize that he or she is slowly losing vision until the later stages of the disease.

Glaucoma is really about the problems which occur as a result of increased IOP. The average IOP in a normal population is 14-16 millimeters of mercury (mmHg). In a normal population pressures up to 20 mmHg may be within normal range. A pressure of 22 is considered to be suspicious and possibly abnormal. However, not all patients with elevated IOP develop glaucoma-related eye damage. What causes one person to develop damage while another does not is a topic of active research.

6 monthly visits to an eyecare practitioner to check the pressures in your eyes is recommended, and an annual visual field analysis is the essential to do a comparative analysis of the progression of the disease. progression can be controlled and reduced to a minimum with intervention.

POAG is a chronic disease. It may be hereditary. There is no cure for it at present, but the disease can be slowed or arrested by treatment. Since there are no symptoms, many patients find it difficult to understand why lifelong treatment with expensive drugs is necessary, especially when these drugs are often bothersome to take and have a variety of side effects. 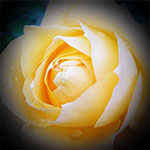 Most people who have open-angle glaucoma feel fine and do not notice a change in their vision at first because the initial loss of vision is of side or peripheral vision, and the visual acuity or sharpness of vision is maintained until late in the disease. There are typically no early warning signs or painful symptoms. It develops slowly and sometimes without noticeable sight loss for many years.

By the time a patient is aware of vision loss, the disease is usually quite advanced. Without proper treatment, glaucoma can lead to blindness. The good news is that with regular eye exams, early detection, and treatment, you can preserve your vision.

Significant attention should be given to the following in the patient’s clinical history:

Because open-angle glaucoma has few warning signs or symptoms before damage has occurred, it is important to see a doctor for regular eye examinations. If glaucoma is detected during an eye exam, your eye doctor can prescribe a preventative treatment to help protect your vision.

You are at increased risk for glaucoma if your parents or siblings have the disease, if you are African American or Latino, and possibly if you are diabetic or have cardiovascular disease. The risk of glaucoma also increases with age.

It is important to have your eyes examined regularly. Your eyes should be tested:

Everyone is at risk for glaucoma. However, certain groups are at higher risk: 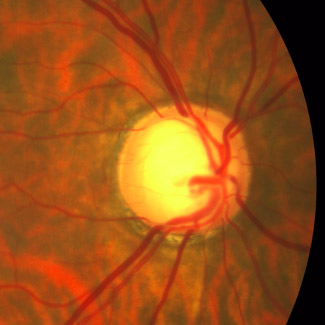 Glaucoma is not curable, and vision lost cannot be regained. With medication and/or surgery, it is possible to halt further loss of vision. Since open-angle glaucoma is a chronic condition, it must be monitored for life. Diagnosis is the first step to preserving your vision. It can cause blindness if it is left untreated, and unfortunately approximately 10% of people with glaucoma who receive proper treatment still experience loss of vision.

Everyone is at risk for glaucoma from babies to senior citizens. Older people are at a higher risk for glaucoma but babies can be born with glaucoma (approximately 1 out of every 10,000 babies born in the United States). Young adults can get glaucoma, too. African Americans in particular are susceptible at a younger age.

With open-angle glaucoma, the most common form, there are virtually no symptoms. Usually, no pain is associated with increased eye pressure. Vision loss begins with peripheral or side vision. You may compensate for this unconsciously by turning your head to the side, and may not notice anything until significant vision is lost. The best way to protect your sight from glaucoma is to get tested. If you have glaucoma, treatment can begin immediately.

A Prevent Blindness Survey found that:

Childhood glaucoma — also referred to as congenital glaucoma, pediatric, or infantile glaucoma — occurs in babies and young children. It is usually diagnosed within the first year of life. It is a rare condition that may be inherited, caused by incorrect development of the eye’s drainage system before birth. This leads to increased intraocular pressure, which in turn damages the optic nerve. Symptoms of childhood glaucoma include enlarged eyes, cloudiness of the cornea, and photosensitivity (sensitivity to light).

The only proven treatment for POAG is lowering IOP. There is now substantial evidence from randomized trials that lowering IOP reduces the risk of progression of POAG. IOP may be lowered by medical therapy (topical and systemic), laser therapy and surgical procedures. There is no strong evidence supporting which of medical, laser or surgical therapy should be given initially. For example, the CIGTS (Collaborative Initial Glaucoma Treatment Study) showed no significant difference in outcome between patients randomized to either medical therapy or trabeculectomy. Commonly, patients are started on medical therapy with possible adjunctive laser therapy, and only if these measures fail is surgery considered.

The most efficacious class of drops is the prostaglandin analogues. They are also the most convenient drops with once nightly dosage. Side effects are mainly local and include hyperemia, lengthening of lashes, darkening of iris color and peri-ocular skin pigmentation. These are reversible on stopping the medication.

The best locally tolerated drops are the beta-blockers, with very few patients experiencing ocular discomfort or redness. However, non-selective beta blockers are contraindicated in patients with respiratory diseases and some cardiac conditions.

Typical first line therapies are prostaglandin analogues and beta-blockers. Prostaglandin analogues are more efficacious and have less systemic side effects. Beta-blockers may be preferred in younger patients’ due to less local side effects, or in unilateral glaucoma to avoid cosmetically undesirable asymmetrical side-effects (such as lash growth).